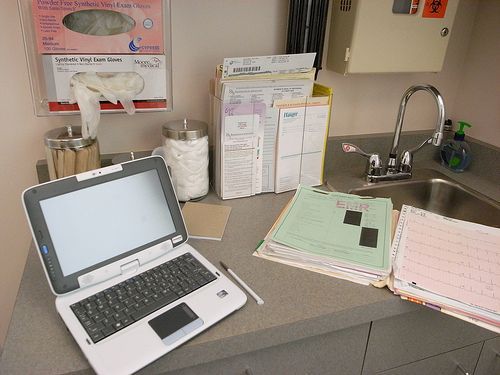 As Europe faces an increasingly aged population, new market demands in care for the elderly are opening. Recognising the need for innovative methods of care, Örebro University in Sweden is has created a telepresence robot, called GiraffPlus. The robot, currently being tested, is expected to be introduced into the homes of seniors in Sweden, Italy and Spain by 2014.

The robot monitors an elderly person’s health, including blood pressure and body temperature, through a network of sensors in the home. Movement is also detected, and sensors can evaluate if someone is lying still for an extended period, or has fallen over. This sensors network is accompanied by a blue, mobile robot called Giraff, which comes with a display and speakerphone.

Through the mobile robot caregivers can see and discuss with their patients, whilst monitoring their vital signs via the sensors. “From a physiotherapist’s perspective, this system provides us with simple and satisfactory ways in which to measure levels of activity and obtain reliable information” said Professor Silvia Coradeschi from the Robotics Research centre at Örebro University.